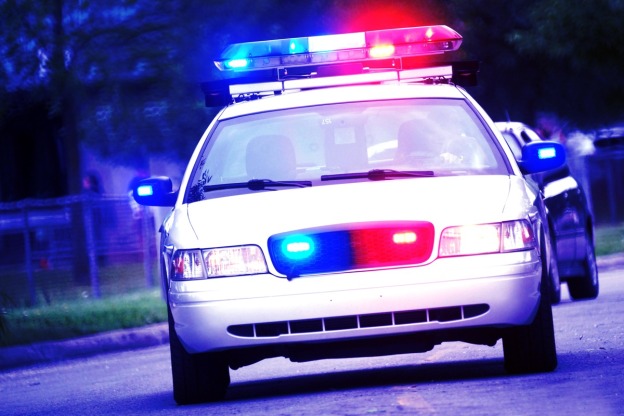 From my office window, I watch as two police cars went screaming by. I became especially interested as three more soon followed. Since I live close to the church building, I always wonder if the police are heading to my house. Today they were –sort of. The police weren’t going specifically to my house, but to the specific area around my house. A criminal was at large and they had the location narrowed down to my house. Soon they were knocking on our door and began searching all around our house and backyard, including the kids outdoor play-set and our chicken coop. Thankfully, they did not find the person in our backyard or any of the surrounding yards. Unfortunately, the person remained at large.

A short while later, several police cars and a tow truck went to work removing an abandoned vehicle just outside the church building. Apparently, this same criminal had abandoned his car at the building and then fled into my neighborhood. The police did tell us that the man was not considered dangerous but that they were still looking for him. We never did hear if he was caught.

After all the excitement settled, my mind started churning about all the different possibilities that could have occurred. What if this man had been violent and dangerous? What if he had forced his way into the church building or even into my own home? Would we have been ready for such a situation?

Questions like these can make us want to put our families in a bubble. While scary, this situation caused me to lean back with a calm reassurance. Here are a couple of those comforting waves that washed over me.

God Rewards The Faithful. This doesn’t mean God has put a hedge of protection around us. What it means is that even if the worst possible scenario had occurred, the reward of heaven is there for us when we are faithful. God hasn’t promised that the Christian life will be completely absent from tragedy and heartache (consider the fate of the disciples, Jesus, the prophets, etc). The end of this life simply would have meant the beginning of our heavenly reward. What a reassuring thought that is in the face of tragedy.

God Will Repay. There is no doubt there would have been inexpressible heartache had something happened to my family or to the people at the church building. Thank the Lord nothing did. However, had something occurred, another comforting thought would have been that the Lord would punish the evil (Romans 12:19). God would replay what was due to the person. God would take care of the situation at the Judgment Day (2 Thessalonians 1:6-10; Matthew 25:31-46).

God Doesn’t Guarantee Tomorrow. This may not sound all that reassuring, but in a way it is. See, we don’t have any guaranteed amount of time (James 4:13-14; Luke 12:16-20). Every moment is uncertain, which is exactly why it’s so comforting knowing that no matter what tomorrow holds, as long as we live right, there is nothing to fear. Sure, tomorrow isn’t guaranteed, but for a faithful Christian, heaven is most certainly guaranteed (Revelation 2:10). We are grateful for today, but we are also grateful for when there is no longer a tomorrow.

There are so many uncertainties in life. There are so many tragedies that can arise. For each and every one of them, it’s always better to be a Christian. If we can’t find reassurance in God’s promises for the future, then we might not be ready. Use today to make the necessary changes.