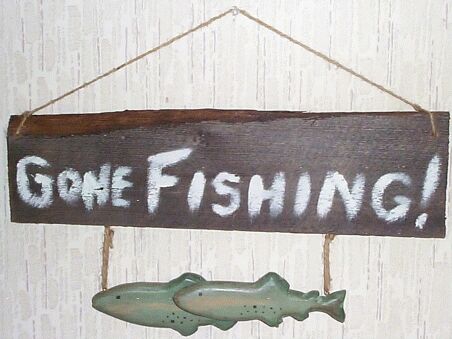 I have always loved fishing.  Every year my family would go up in the mountains to a beautiful lake and we would fish.  I remember one time we were all fishing off a peninsula when we noticed a fish swimming and splashing on the surface of the water about 5 feet from us.  When it remained there doing the same thing for about 10 minutes I realized it was either sick or stuck.  As it turns out it had a hook, line, and lots of fishing weights hindering it movements.  I decided to try and catch this fish, so I tied our fishing net on to my fishing line and starting throwing it out in the water.  My dad gave me a stern warning to not lose our net.  Being confident in my fastening skills, I continued to throw the net out.  It wasn’t much longer until my line snapped.  Knowing I was about to face punishment, the only other way I knew to save myself was to jump into the icy cool, refreshing, rocky mountain water and retrieve the net.  I vividly remember how shockingly cold that moment was as the water came up to my neck.  I quickly reached the net, scooped up the fish and got back to shore.  While my method obviously needed some work, at least I ended up with the fish.

One of the most famous statements from Jesus was when He told His disciples that He was going to make them “fishers of men” (Matthew 4:19).  Today Christians are called to do the same thing (Matthew 28:18-20).  Both fishing and soul winning can be difficult.  I suppose the old saying applies to both when it was said, “That’s why it’s called fishing, and not catching.”  Winning souls can be hard!  We aren’t going to reach everyone, but there is something very positive to be said of those Christians who at least “have their lines in the water.” Have we been fishing lately?  Is our line in the water?  Let’s be on the look out for people we can invite to church and bring to the Lord.