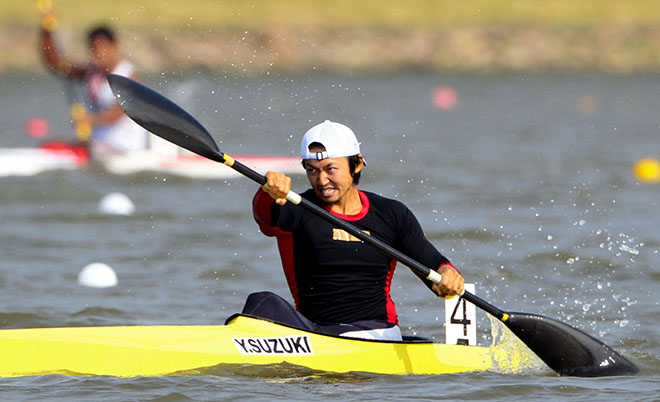 I highly doubt the world of professional kayaking is one you follow closely. Sure, maybe we’ve seen a little bit when the Olympics are on, but that’s probably about it. Recently Japan held its 2017 national canoe sprint championships. The winner would likely secure a spot in the 2020 Tokyo Olympic Games. So, Yasuhiro Suzuki decided to spike the drink of his key rival, Seiji Komatsu, with an anabolic steroid. This caused Komatsu to fail a doping test and end his Olympic chances.

Komatsu was adamant that he never took any drugs. So the Japan Canoe Federation began investigating. Before long Suzuki came forward and admitted to putting an illegal muscle-building supplement into Komatsu’s drink. He went on to say that he did this because he was frustrated and didn’t think he could win (Bleacher Report). The investigation later revealed that Suzuki also made attempts to sabotage other competitors by stealing equipment and other means (Japan Times). Suzuki has been banned for 8 years and Komatsu was reinstated.

It’s unsettling when a competition reaches this level of low. It makes us wonder how a person could get to the point where they are willing to do such despicable things. No doubt at least part of the issues starts at a young age. From a young age, we’re told to “do whatever it takes to win.” There are even televised competitions for kids where an incredible pressure is placed on them (i.e. Little League World Series, National Spelling Bee, etc). Unfortunately, we have placed such a supreme importance on being successful, in whatever category, that it often drives people to cheat.

I remember my friends cheating on tests in school. I experienced players trying to injure me or my teammates in soccer. I remember seeing and hearing people cheating in all sorts of others ways. They fudged the numbers. They worked the system. They gained an advantage. To make the matter worse, cheating is often seen as harmless depending on the situation.

As Christians, it’s important to remind ourselves where God stands on cheating. God wants us to be “[people] of truth, and those who hate dishonest gain” (Exodus 18:21; 1 Timothy 3:8; Titus 1:7). Cheating is certainly a means of dishonest and sordid gain. God condemns people who lie, trick and deceive (Proverbs 6:16-19; Colossians 3:9; Ephesians 4:25; Proverbs 12:22; 2 Timothy 3:13). Cheating practices all of these. God also rebukes those who steal (Ephesians 4:28; Matthew 19:18). Stealing is not limited to physical objects; we can also steal advantages, answers, and ideas. This is simply another way to cheat others.

It doesn’t matter if it is at work, on a test, a term paper, a report, a High School football game or even the Olympics; cheating is wrong. It’s easy to let things get out of perspective. Let’s be people of truth, honesty, and fairness.