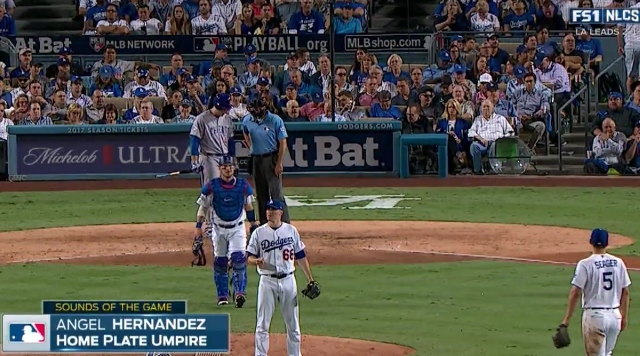 Anthony Rizzo is the first baseman for the Chicago Cubs. It was the last game against the Los Angeles Dodgers before the Cubs would advance to the World Series for the fist time since 1945, so you can imagine there was a lot of pressure. On Rizzo’s previous at-bat, he disputed with the home plate umpire about a call. However, at his next at-bat, he took a moment to apologize to him. The umpire received it very well and ended the conversation with, “Don’t worry. You know what’s best of it? You come back and tell me that. That’s how good of a guy you are” (ChicagoNow).

Rizzo could have just let the situation sit as it was. He also could have come back out for round 2 of their argument. Instead, he decided to do what he could to clear the air. This showed a lot about his true character. And as a result, his actions really stood out above the rest. This was best play of the game by far.

As Christians, it’s often challenging to find the balance between living in this world but not being like the word (Romans 12:1-2). However, when done right, we will stand out as a true Christians. People have often seen people who claim to be a “Christian,” but rarely have they actually seen someone truly behaving like a Christian. Making morally right decisions. Being a person of prayer and Bible study. Standing against the pressure of our society to do what is right. Genuine Christians can’t help but stand out against the backdrop of our sinful world.

Back in the fist century, Peter was encouraging his fellow Christians about this very thing. He told them, “Keep your behavior excellent among the Gentiles, so that in the thing in which they slander you as evildoers, they may because of your good deeds, as they observe them, glorify God in the day of visitation” (1 Peter 2:12).

Let’s be consistent in our Christian behavior. We will stand out from the crowd. And who knows, our “excellent behavior” just might win someone over to the gospel.