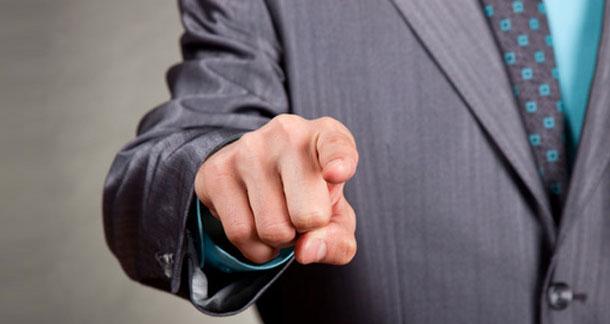 Christian Herter was the governor of Massachusetts in the 1950s. One day, after a busy morning chasing votes and going without lunch, he arrived at a barbecue. It was late in the afternoon and Herter was famished. As he moved down the serving line, he held out his plate to the woman serving the chicken. She put a piece on his plate and turned to the next person in line:

“Excuse me,” Governor Herter said, “do you mind if I have another piece of chicken?”

“Sorry,” the woman told him. “I’m only allowed to give one piece of chicken to each person.”

“But I’m starved,” the governor said.

“Sorry,” the woman said again. “Only one per person.”

Governor Herter was usually a modest and unassuming man, but this time he decided he would throw a little weight around.  ”Do you know who I am?” he said. “I am the governor of this state.”

“Do you know who I am?” the woman replied. “I’m the lady in charge of the chicken. Move along, mister.”

Authority is a funny thing. Christian Herter was a man of authority, but the chicken lady showed him just how far his authority reached. Not matter how much authority we think we possess, there is only so much we truly have authority over in this life.

In Jesus’ time, the scribes, Pharisees, Sadducees, and the chief priest were viewed as people of authority. Jesus showed people they were not deserving of such (Matthew 23). Even in a conversation with a man of great authority, Pilot, Jesus said, “You would have no authority over Me, unless it had been given you from above…” (John 19:11)

When it comes to our authority, we will always be limited. Christ, not so much. Throughout the Bible, Jesus is intimately linked with authority (Remember that Christ is God in the flesh).

– At the end of time we will be judged by Jesus’ words because of their authoritative nature (John 12:48).

There are some incredibly powerful figures in our world, but their authority at most reaches within this life alone. God is the ultimate authority and should be treated as such. We should look to Him for the standard in salvation, worship, family, and even for social and political issues (2 Peter 1:3). No matter what happens in this life, let make sure God is viewed as our ultimate authority.