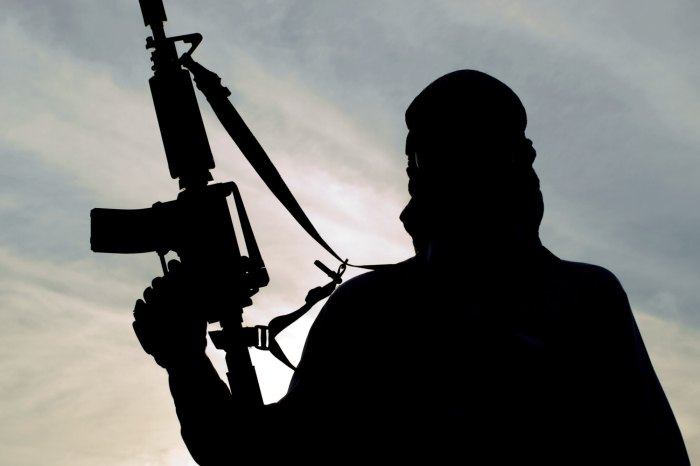 How is it even humanly possible to love an enemy like ISIS? Just in November, ISIS and their allies have been responsible for, or at least suspected in, the following attacks:

Only halfway through this month 213 have been killed and 672 more have been injured. These are just the ones we know about or that ISIS and their allies have claimed responsibility for. This isn’t even including the 224 who were killed in the October 31 plane bombing. And yet Jesus is calling on us to love those who shed innocent blood and revel at the thought of creating terror in people’s hearts? It may not be the answer we like, and it may not be the answer we are comfortable with, but the answer is still “yes.” But again the question is, “how?” How can we possibly love our enemies? Let’s consider four aspects of this command.

First, consider the meaning of the word “love.” As many have noted, the word “love” used here is agape. Some have defined agape as “self-sacrificing love.” Such a definition would make very little sense when called upon to love our enemies, and, honestly, would make the command ridiculously hard. The best definition for agape is, “wanting what is ultimately best for someone.” In other words, we don’t want a person to go to hell, even if they are our enemies. Is it possible to dislike, disagree, and be extremely upset with our enemy, and yet still hope and wish for them to make it to heaven? Yes! This what Jesus meant when He commanded us to love our enemies.

Second, consider the context of the command. Let’s keep in mind that Jesus gave this command in the face of some of the most horrific, detestable, and senseless persecution on Christians that has ever happened. Any hatred we feel towards our enemies the first century Christians likely felt many times more. And yet Jesus’ command still applied to them, as it does with us.

Third, consider the limitations of the command. Loving our enemies does not mean we stand with open arms and welcome Islam into America or anywhere for that matter. This does not mean we allow Syrian refugees safe passage in our countries, especially since the Paris attacks were carried out by at least one Syrian refugee. While certainly not all people associated with Islam are bad, doing something like this is just asking for problems and inevitably opening ourselves up for future attacks.

Fourth, consider the application of the command. ISIS and their allies are responsible for some of most heinous and wicked acts in the last 70 years. Let’s make no mistake, ISIS, like everyone else, will one day bow their knees to Jesus (Philippians 2:10) and God will repay them for their actions (Matthew 16:26; Revelation 20:12). Until this happens, we can hope they change, we can pray that they have soft truth seeking hearts, and we can attempt to talk to those who are open. In the end, we should not want anyone to spend eternity in the pain and misery of hell, not even our worst enemies. Not even ISIS. This is what it means to love our enemy. May the Lord help us do this.

3 thoughts on “How Is It Possible To “Love An Enemy” Like ISIS?”