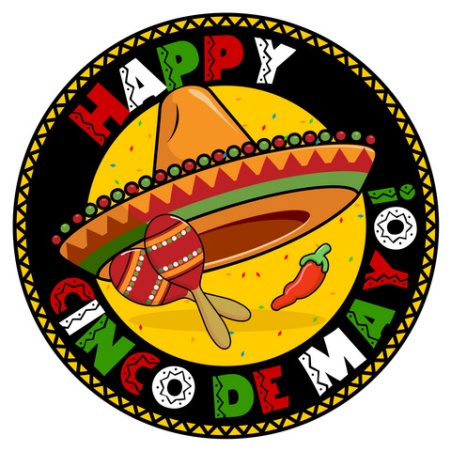 It’s Cinco de Mayo everyone, a day to celebrate…Mexico? Wait a second, this is America, so what exactly are we celebrating? Come to think of it, what does this “holiday” have to do with the United States at all? In fact, chances are pretty good most people don’t even know what Cinco de Mayo is about or what it is celebrating. Let’s explore a little here.

First of all, contrary to what many have come to think, Cinco de Mayo is not Mexico’s Independence Day, but it is a general holiday. Mexico’s Independence Day actually takes place on September 16th. Secondly, what Cinco de Mayo celebrates is the Mexicans’ victory over France at the Battle of Puebla on May 5, 1862. The small town of Puebla stood strong against a large portion of the French army. Even though France did eventually overtake Mexico, this day has been celebrated ever since.

What doesn’t make sense is why our country considers this a holiday. In fact, Americans celebrate this Mexican holiday even more than Mexico does (CNN)! To take it a step further, we don’t even celebrate some of our own country’s major victories on the battlefield, at least not in such a large way as this. So, why is America celebrating a holiday for another country, a holiday which has almost no connection to our own history, and has very little relevance for us today?

Sadly, the answer once again comes down to parties and alcohol. Cinco de Mayo has become one more excuse for our country to engage in unrighteousness. Just think about all the restaurant specials, the alcohol commercials, and the hundreds of thousands who gather in cities like Denver, Chicago, and St. Paul to party. In 2014, Cinco de Mayo was the biggest non-winter drinking day of the year (ibid). Much like St. Patrick’s Day, our country is using this day as an excuse to sin.

Scripture very clearly warms against drunkenness and carousing (Galatians 5:21; 1 Peter 4:3; Proverbs 20:1; 23:29-25; Isaiah 5:11-12). It also tells us not to form ourselves according to the world’s standards (Romans 12:1-2). There is nothing wrong with some good clean fun. There is no problem having people over and enjoying some Mexican food and celebrating Mexico’s victory over France. However, let make sure the ways we celebrate pleases the Lord and line up with His commands (Matthew 22:37; Philippians, 4:8-9; Colossians 3:17).