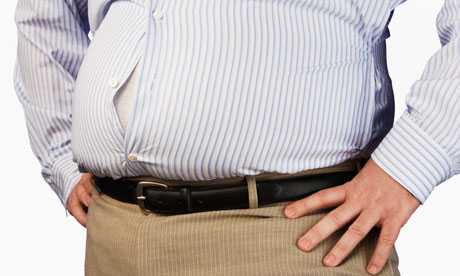 Americans face our fair share of personal pitfalls. If we were to rank these, problems connecting to money and health would rise to the top of the list. A quick look at most people’s New Year’s resolutions make this clear.

According to statistics, roughly 45% of all households carry credit card debt (American Debt Advisor). 35% of Americans have debts and unpaid bills that have been reported to collection agencies (Huffington Post). There’s no question Americans face financial issues, but we also battle to keep good health. In 2011-2012, 69% of adults were considered overweight, including obesity (CDC)

What might come as a surprise is the fact that there is a clear link between being broke and overweight. A recent study released by the Principal Financial Group found out that roughly two in three Americans blew their budgets in 2014 (MSN). What was the number one culprit? Eating out. Closely following this was overspending on groceries. Americans are blowing their budgets on food and, as a result, also increasing our unhealthiness.

Scripture is full of great advice on these topics. When it comes to money, God has called on us to be wise spenders, to think and plan ahead, and to be good stewards (Luke 14:28-30; 1 Timothy 5:8; Proverbs 22:7; 1 Timothy 6:10). The Lord has told us to take care of our bodies and avoid being slaves to our appetites, which does not single out food but whatever form that appetite may come in (1 Corinthians 16:19-20; Philippians 3:19; Proverbs 23:2).

When we boil it down, there is really only one main issue here. It isn’t over spending. It isn’t over eating. It might not even be a lack of income. The real reason Americans are broke and overweight is a lack of self-control. Keeping both our budgets and our waistlines in check takes consistent and serious resistance. It takes mental fortitude. It takes thoughtful effort. And it’s often very, very hard to do.

God calls on Christians to have self-control (Galatians 5:22-23; Titus 1:8; 2 Peter 1:6). We all struggle with keeping ourselves in check. Even the apostle Paul battled with self-control. In Romans 7:14-24, Paul vividly describes the very real battle we all have with self-control. Some areas are harder than others, but we can win.

We live in a culture that lacks self-control. This is evident in our physiques and our bank accounts. Being broke and overweight is often the cause of stress, arguments, and family problems. The bliss of a meal or possession is quick lived. Imagine how much happier we could be if we better controlled our food and finances. God knew what He was doing when He commanded and advised us on these topics. A better and more controlled life awaits us. Are we willing to make the necessary changes?