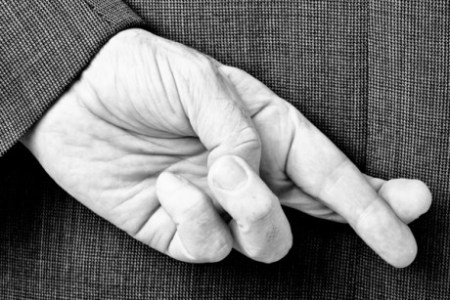 The entire fiasco started with a bad choice. Danielle Shea decided to drop out of Connecticut’s Quinnipiac University. There was nothing necessarily wrong with this decision except for the fact that she lied to her family about it. So, her mom continued to send thousands of dollars to Danielle for college and her family continued to think she was still attending the University.

The lie became much harder to continue when it was time for Shea to graduate. In an attempt to deceive her family, she secured a cap and gown and even showed up to the graduation with her mother. When her relatives noticed her name was not on the list of graduates, Shea became very desperate.

Instead of coming clean, Danielle proceeded to make two bomb threats on the University in hopes that the graduation ceremony would be cancelled. All her threats did was delay the graduation ceremony for 90 minutes and cause the location to be moved a mile away. Before long, the police traced the threats back to Shea’s cell phone and placed her under arrest. This lie had finally met its end (Yahoo News).

It’s terrible to see just how big one little sin can become when not taken care of immediately. Hiding, deceiving, and lying to others about the sin just makes it worse. One of the most memorable examples was with David and Bathsheba (2 Samuel 11). His initial moment of lust ended up producing adultery, lies, deceit, and even murder.

It’s possible to hide sin from other people, but not from God. Hebrews 4:13 explains, “And there is no creature hidden from His sight, but all things are open and laid bare to the eyes of Him with whom we have to do.” There are no secrets kept from God. There are no sins hidden from His sight. We will have to answer for the things we say and do, even the hidden ones (Ecclesiastes 12:14).

Let’s keep in mind that our words, thoughts, and actions are never truly secret. God is watching (Proverbs 5:21:23). When sins creep up in our lives, let’s take care of them right away. Let’s never allow sin to grow and fester into something much worse like in the cases of Daniel Shea and king David.