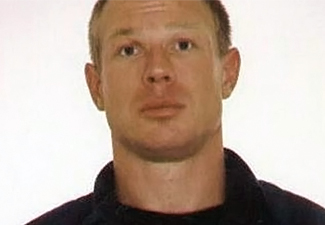 In 1999, Daniel Larsen was convicted of a crime in California and put in prison.  Ten years later, new witnesses came forward, stacking the evidence in Larsen’s favor.  As a result, a federal magistrate ruled that Larsen had been denied rights to a fair trial and ordered his immediate release.  Unfortunately, because of some complicated rules and technical jargon, the state of California has kept Larsen in prison for the past two years.  Even though Daniel had a shaky past and is to blame for some of his troubles, he should still be a free man according to the evidence.  However, he is continuing to live his life behind bars.

It would be quite sad to know that we could and should be free, but still find ourselves imprisoned.  Yes, this would be terrible, but this situation happens much more often then we might think.  It even happens to people you know!

Romans 6 discusses this very point, “What shall we say then? Are we to continue in sin so that grace may increase?  May it never be! How shall we who died to sin still live in it?  Or do you not know that all of us who have been baptized into Christ Jesus have been baptized into His death?  Therefore we have been buried with Him through baptism into death, so that as Christ was raised from the dead through the glory of the Father, so we too might walk in newness of life… Therefore do not let sin reign in your mortal body so that you obey its lusts… For when you were slaves of sin, you were free in regard to righteousness…But now having been freed from sin and enslaved to God, you derive your benefit, resulting in sanctification, and the outcome, eternal life” (1-4, 12, 20, 22).

The idea behind Romans 6 is simply that those of us who have been freed from sin through baptism should not continue to live life imprisoned by sin!  The problem is, spiritually free Christians choose to continue living behind the prison bars of sin.

It’s sad that Daniel Larsen is forced to stay in prison when he should be free, but it is much more depressing when free people, Christians, choose to live life enslaved to sin.  Have we been freed from sin through baptism (Romans 6:3-4; Acts 2:38; 1 Peter 3:21)?  If so, let’s never take our freedom for granted and continue to live a life free from sin.

One thought on “A Free Man Still in Prison”