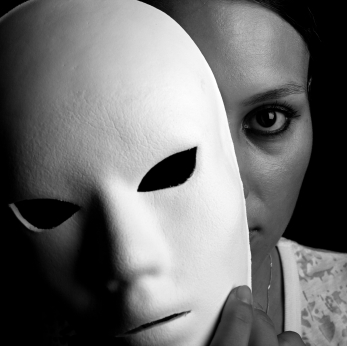 Deception is seen almost everywhere.  Mechanics, car salesmen, lawyers, politicians, telemarketers, and many other professions have received deceitful reputations.  Interestingly, deception is even seen in nature.  Animals often try to look and act something they aren’t.  For example, the King Snake (Left) uses the bright color pattern to look like the highly venomous Coral Snake (Right).

Matthew 7:15 identifies another animal that uses deception: “Beware of the false prophets, who come to you in sheep’s clothing but inwardly are ravenous wolves.”  This is talking about teachers and religions which claim, “We have the truth,” but do not follow Scripture.  Thankfully, there are ways to see through deception.  If we carefully observe the color patterns of the coral snake and king snake, we can identify which one is non-venomous.  In a similar way, we are able to see which religion actually has the truth by comparing it to the only guidebook we have in such matters, the Bible (2 Timothy 3:16-17; 2 Peter 1:3).  Here is what the church of the Bible looks like.

The Establishment: The Lord’s church was established in Acts 2.  Before this point, every reference to the church was in the future tense (Matthew 16:18).  After Acts 2, we clearly see that the church is in existence.  Any church established after this point is not the New Testament church.

The Leadership:  First of all, Christ, and only Christ, is the head of the church (Colossians 1:18; Ephesians 1:22-23).  No earthly man was ever, or should ever be the head of the church (i.e. the Pope).  Second, men called “elders” supervise each individual congregation of the church.  These men are also called pastors, shepherds, bishops, or overseers (Acts 20:17, 28; Philippians 1:1; 1 Tim. 3:1ff; Tit. 1:5ff).  Scripture never refers to one man (i.e. Bishops and Cardinals) being over a church or even a plurality of churches.

The Worship: There are only five acts of worship seen in Scripture.

The Name:  The first time the church took a name was in Acts 11:26 when they were called Christians.  Wayne Jackson says this point best: “Interestingly enough, the word ‘called’ in Acts 11:26 is a very special word that has to do only with a divine sort of calling…They were divinely called ‘Christians.’  Why would men set aside that name, and designate themselves by human heroes (e.g., Lutheran)?  Or name themselves after some form of organization, (e.g., Presbyterian)?  Or adopt titles according to some individual point of doctrine they espouse, (e.g., Baptist)?  There is no scriptural basis for this common practice” (“Identifying the Church of the New Testament, Christian Courier).  New Testament Christians simply called themselves “the church” (Acts 11:22), “the churches of Christ” (Romans 16:16), and “the church of God” (1 Corinthians 1:2).  Many religions do not follow this pattern today.

Are you a member of “a church,” or are you a member of Christ’s church?  Deceit is in our world.  If we are part of an organization that doesn’t look like the one in the Bible, then we must ask ourselves if we are being deceived or if we are deceiving ourselves?  Though some religions may not try to be misleading, sometimes ignorance breeds deception.

If your church does not follow the Scriptural model, then with compassion and love I must tell you that you are not part of Christ’s church.  We all want to know we are genuine Christians.  Following the church of the Bible is the only way we can have the assurance that we are part of the Lord’s church.